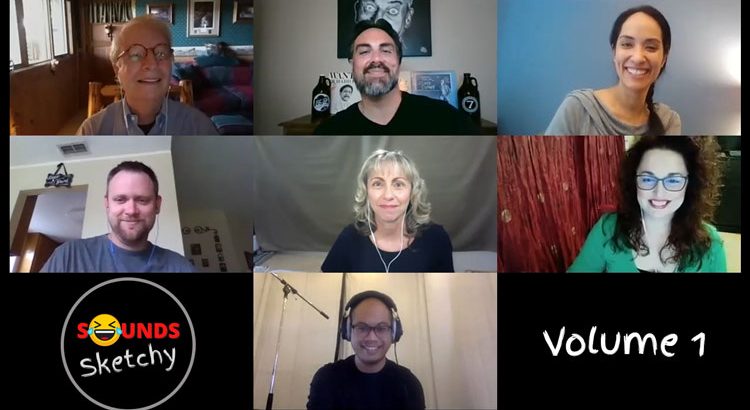 We’re excited to announce the release of episode 5 of Seriously Strange Audio Theater.

“Sounds Sketchy (Volume 1)” is the first in a series of episodes featuring improvised comedy sketches. The shows will be seriously unscripted and extremely IMPROVable.

Even though we are an audio theater troupe, we plan to release our new “Sounds Sketchy” series only as YouTube videos. We won’t be offering MP3 downloads. Why? Two reasons.

First, we are recording this series with Zoom (due to COVID-19 shelter in place). So, they do have a visual component to them and are not strictly “theater for the mind.”

Second, since the actors are using their earbud or computer microphones, the sound quality is quite variable across performers and not up to our usual high standards for audio drama.

We plan to release Volume 2 of “Sounds Sketchy” in a few days and will be recording more material soon. So, look out in the coming weeks for more episodes!

View our Sounds Sketchy page to watch the show.